The Museum of Design was born in Milan 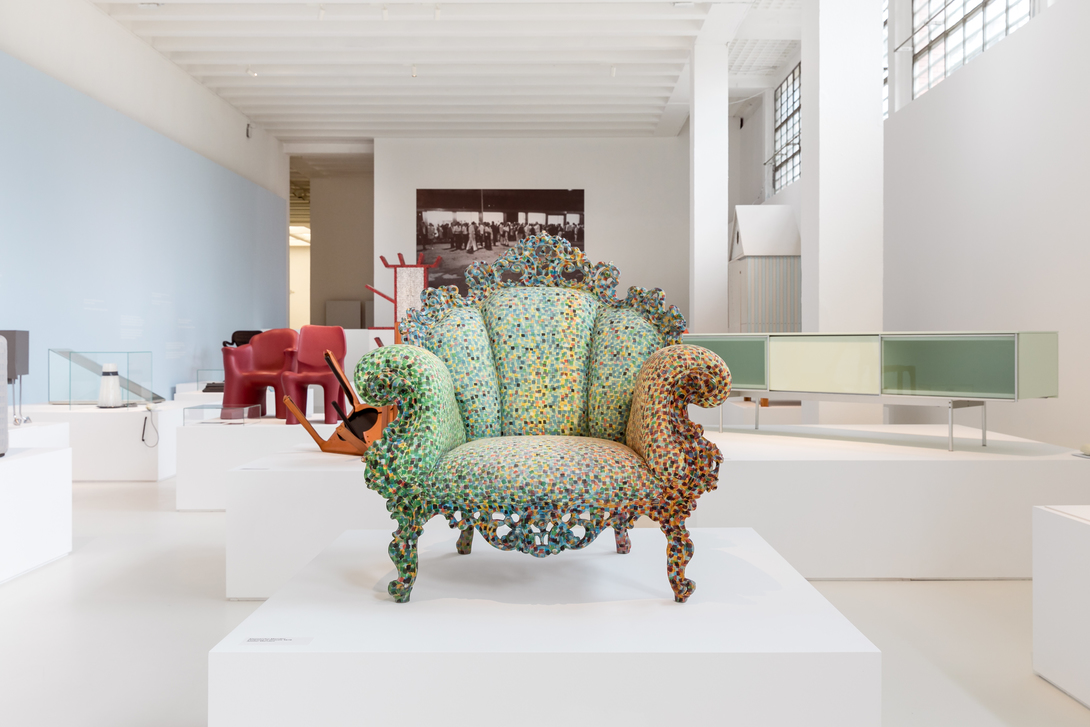 The first portion of the Museum of Italian Design was born under the direction of Joseph Grima, inaugurated on the occasion of the Salone del Mobile 2019 among the great innovations of the Triennale, with the aim of creating around the Lombard capital a real "design hub" worthy of a territory that houses many of the most important international brands of furniture, fashion and in general of the industry linked to design creativity.

Capital of design with 23,000 companies and 154,000 employees active in the sector, home to the most famous Salone del Mobile in the world, Milan finally has its own Design Museum. His first Design Museum, to be precise, where currently about 200 pieces are exhibited among the most iconic of Italian creative production from 1946 to 1981, exhibited in about 1,300 square meters on the ground floor of the building. But until 2022 the news will follow one another until the creation of the largest Museum of Italian Design in the world.

A second museum, in fact – in the Paolo Sarpi area and under the aegis of Adi (Industrial Design Association) – will open in 2020 and the same museum of the Triennale will soon be expanded, to accommodate 1,600 pieces, the entire collection of the Triennale, out of a total of 6 thousand square meters. This month an international architecture competition for the expansion was launched, which involves the creation of a hypogeum space in the garden of the Triennale.

The museum, also to emphasize its being only the initial part of a project that will be more designed later, takes into account a peculiar time interval: the works start from the post-war period but stop at the beginning of the eighties. "It is the period of greatest influence of Italian designers in the world", says the press release. The collection of the Museum of Design of the Triennale was divided in chronological order, from 1946 to 1981, with the aim of facilitating the visit by providing a key of historical and clear interpretation, also underlined by a clean and minimal set-up, which aims to give maximum prominence to the works and provide insights into the history and context in which each object was designed , through the exhibition of largely unpublished materials from the Archives of the Triennale: photographs, advertising campaigns, original packaging. In some cases, the objects are accompanied by prototypes that led to the realization of the final product.

The goal is both the enrichment of the collection through targeted acquisition policies and new collaborations with archives, companies, schools, universities, museums, and the extension in Triennale of the spaces intended for Design, in order to make our institution the most important international center dedicated to Italian design.

From Marco Zanuso to Ettore Sottsass, from Mario Bellini to Alessandro Bellini, from Gaetano Pesce to Aldo Rossi. And again Giò Ponti, Franco Albini, Carlo Mollino, Piero Fornasetti, Achille Castiglioni, Enzo Mari, Bruno Munari and many others. Some of them can be found in the photo gallery, for others it is highly recommended to visit the museum.

A permanent exhibition not to be missed, for all lovers of Italian design and charm that over the years has attracted and influenced the whole world.